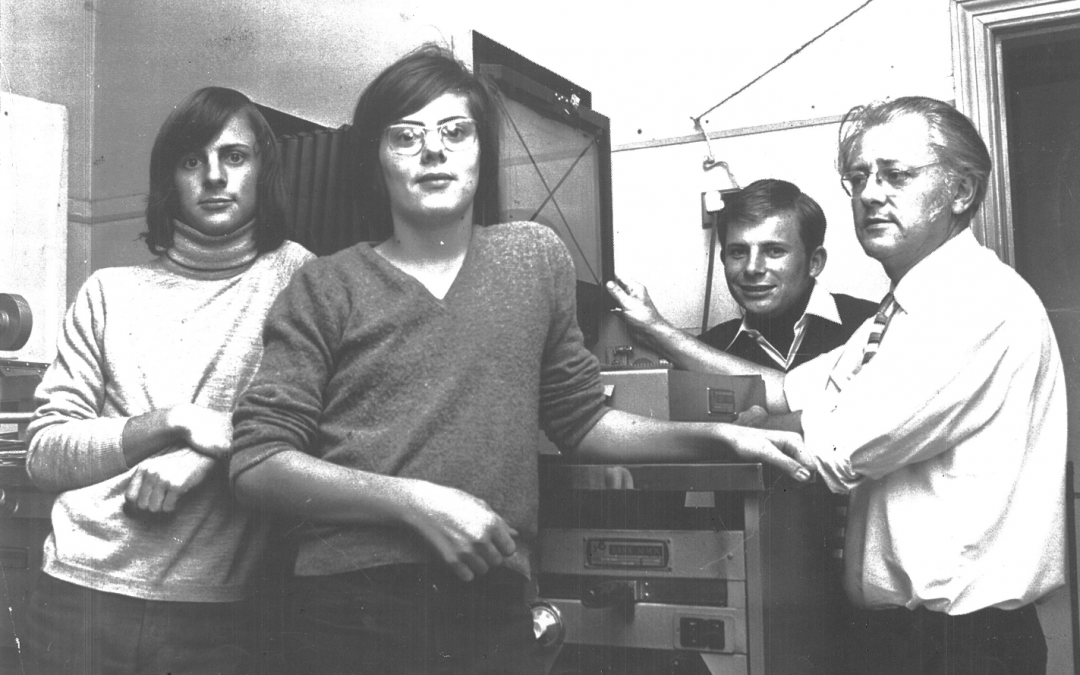 Director David Hutchins (above left) talks to us about the history of BDH Tullford, changes to the printing industry and what he’s most proud of.

Set the scene, tell us about the origins of BDH Tullford. How did it all begin?

My father had set up print departments for several government bodies and private companies in the past and was running the UEA print department when he decided that he wanted to do it on his own.

I was only 17 but he asked me if I’d become a partner with him and my mother. The three of us set up WH Hutchins & Son in 1968 and we were the first instant-print shop in Norwich.

Several years later, I got chatting to a good friend of mine Owen Fox, [Director James Fox’s father]. His printing business, BD Studios, also started trading in 1968. We slowly started working for each other and decided it would be a great idea to link the two companies together. That was around 1989.

Unfortunately, before the two companies were integrated, Owen passed away. His two brothers remained in the business, along with the director Tony Hawkes, and BD&H was formed.

In those days, WH Hutchins was doing a lot of lithoprint, while BD Studios specialised in screen printing.

What prompted the company’s move towards point-of-sale materials?

A very big customer of ours was a company called Tullford Marketing. They manufactured pavement signs and point-of-sale materials mainly for the ice-cream industry. The director wanted to sell the company so we bought it from him around the millennium.

We were already printing the panels for the signage so we forged relationships with local engineering companies to manufacture the actual hardware.

That relationship gave us the introduction we needed to all the big ice-cream companies, like Nestlé and Kelly’s Ice Cream. It was a lovely opportunity and it’s taken the business in a new direction, opening completely new markets for us.

The first order was for 10,000 pavement signs for Nestlé. It was a baptism of fire to fulfil that order because they had to be distributed around the country. We took on extra staff and extra factory space to successfully complete the project and we still work with them to this day.

The name BDH Tullford evolved from the merger of those three companies. 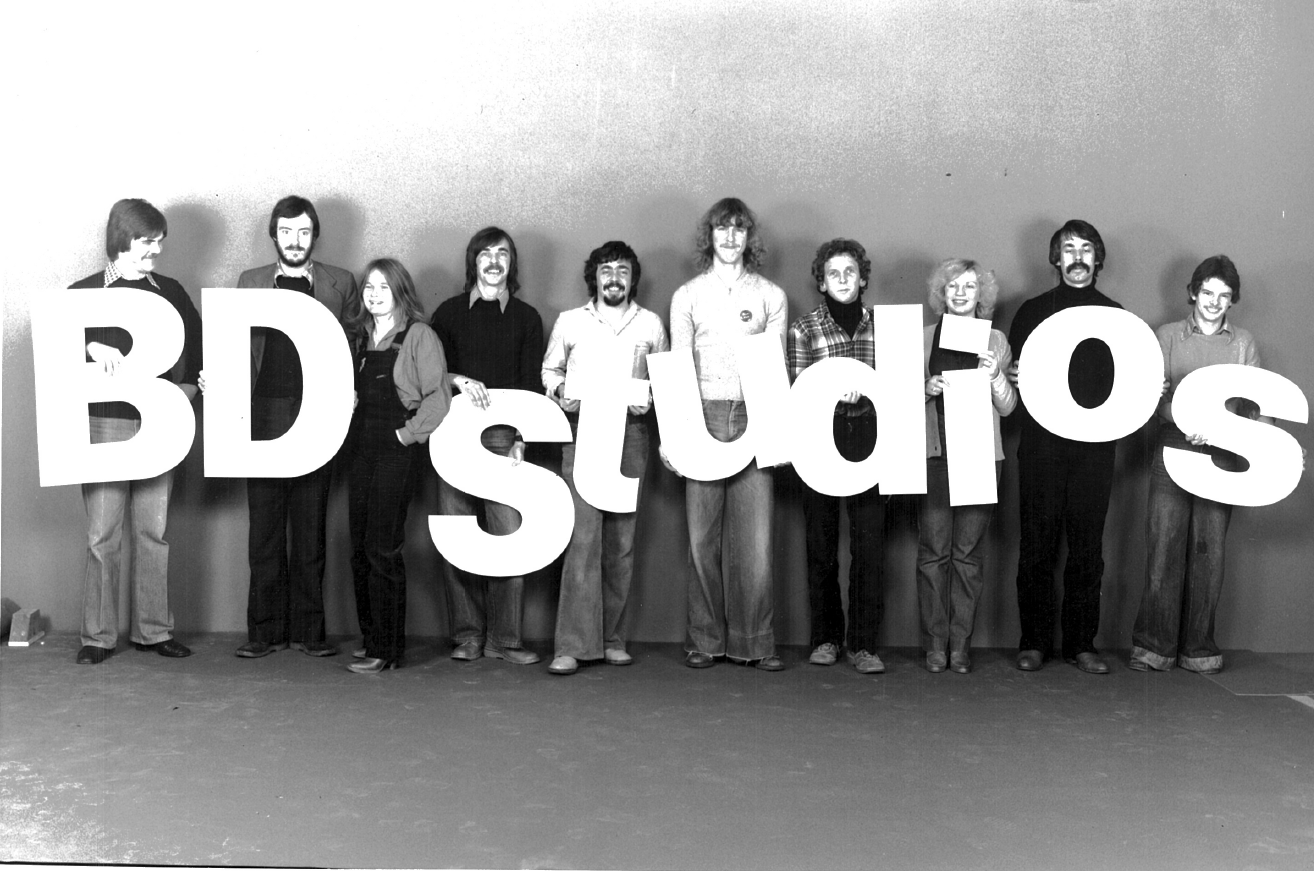 How has the printing industry changed since 1968?

The print industry has changed enormously, especially in digital printing. Although we now specialise in large-format digital printing, we’ve always maintained our skills as screen printers. We’ve got long-serving staff here who are very skilful at it and that complements what we do as digital printers. We can do some quite unusual things that other companies can’t do.

For instance, some publishers want images printed on the spines or fore-edges of books. That’s quite a specialist process and, as screen printers, we can actually do that for them. Also, it means we can print onto pre-formed machine panels.

While it’s a very old process, it’s a skill we wouldn’t want to lose because it enhances our services. It gives us lots of versatility.

What does a typical working day look like for you?

I’m usually up by 7 am and I check my emails while I’m having breakfast. I can then work from home because I’m connected here. I take an oversight role, coming up with ideas, answering questions and planning how I think things ought to go.

I get involved in estimating, purchasing and the day-to-day necessities but I don’t have to be sitting at my desk all the time. I am at retirement age and I like the flexibility; I like being involved but I also like the flexibility to work from home and take the dog for a walk when I want.

Outside of work, I socialise with friends when I can. My wife and I have also got a campervan and we get away in that when we can.

What are you most proud of in the company’s history?

That BDH Tullford is still a family firm. It’s quite pleasing that we have staff who have been with us for more than 30 years and have moved with us. Several of them are coming up to retirement age and I’m proud of their loyalty.

Got a print or point of sale project you’d like to discuss? Contact David Hutchins on 01603 620780 to find out how we can help your business today.

This website uses cookies to improve your experience while you navigate through the website. Out of these cookies, the cookies that are categorized as necessary are stored on your browser as they are essential for the working of basic functionalities of the website. We also use third-party cookies that help us analyze and understand how you use this website. These cookies will be stored in your browser only with your consent. You also have the option to opt-out of these cookies. But opting out of some of these cookies may have an effect on your browsing experience.
Necessary Always Enabled
Necessary cookies are absolutely essential for the website to function properly. This category only includes cookies that ensures basic functionalities and security features of the website. These cookies do not store any personal information.
Non-necessary
Any cookies that may not be particularly necessary for the website to function and is used specifically to collect user personal data via analytics, ads, other embedded contents are termed as non-necessary cookies. It is mandatory to procure user consent prior to running these cookies on your website.
SAVE & ACCEPT